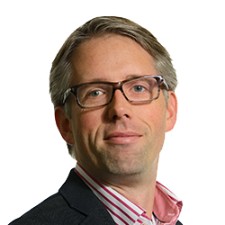 Crowdsourcing a higher Level of Assurance for digital identities

Two-factor authentication is becoming more and more popular. In the ‘old days’, it was mostly used by companies and online banking. Very few other services bothered users with two-factor authentication. But now, with new services providing access to privacy-sensitive information and/or becoming more important to us, service providers are becoming increasingly concerned about the identity of the people that they are authenticating – are they really the people they say they are? They feel the need to use two-factor authentication, even if it is costly and if it means that they risk annoying users.
The industry developed the Level of Assurance concept as a means of checking the trustworthiness of a digital identity. A digital identity is determined by the authentication means, such as a smartcard, text message, one-time password etc., and the registration process. The latter is often neglected, despite being very important. It is often also really expensive as well as annoying for the users. Ideally, doing a face-to-face check should be part of any correctly completed registration process. This is expensive, as it involves hiring skilled professionals, providing a working space and so on. Moreover, it annoys users, as it requires them to go somewhere and take action. Obviously, the expense depends on how the registration process is organised, and on its scale, but will cost between € 10 and € 100 per user.
Reusable identities are useful as the user goes through the process only once and can then authenticate himself to many services. The costs can be divided among the services and the user only gets annoyed once. Standards that define discrete levels are available in order to communicate the trustworthiness of a reusable identity. In Europe, the STORK levels are probably the most commonly used standard, although strictly speaking it is not a standard but a project deliverable edited by my colleague, Bob Hulsebosch.
Bob was tasked with writing the STORK levels with government issued/approved digital identities in mind, since the STORK project is about federated national digital identity solutions. For the higher levels of assurance, this means a strict face-to-face process. But the costs of many user types, such as age verification or insurance services, are too high. During the last three years or so, we also worked with clients on more ‘creative’ registration processes to provide the necessary level of assurance without resorting to face-to-face checks. This is partly because in the Netherlands, there is no re-usable identity available for consumer-to-business services (only government-to-consumer services). Typically, this creativity makes use of one or more derived identities. By “derived” I mean that we use a previously established identity, even without the permission of the issuer of that identity.
One example of how this process is used is the banking sector in which the user transfers a set amount of money. PayPal works in this way. We combine these derived identities with remote verification steps such as using an NFC app to read the ICAO chip that is in everyone’s passport. We are now collaborating with SURFnet, part of Géant3plus’ Open Calls programme, to explore a new creative direction: crowdsourcing Levels of Assurance. We are basing our approach on the web of trust concept, as used in PGP for example. In this concept, users can vouch for other users, thereby creating a decentralised way of building up trust. We do this for users in an interfederation, re-using existing trust relationships wherever possible, such as those in social networks and PGP. We have a first prototype in which users authenticate themselves to an “Attestation Service” and then link their LinkedIn account (and PGP key) to their federation account.
The Attestation Service contacts “Helpers” from, in this case, the users’ LinkedIn networks to explicitly vouch for the identity of the user. The more contacts the users have, the higher the Level of Assurance. We are evaluating the prototype to determine our highest STORK level, including how to apply the concept to specific attributes such as mobile phone numbers.