The triple helix, a malleable model for policy makers 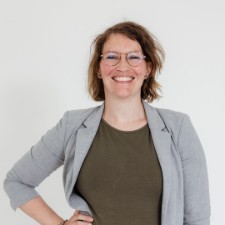 What is the triple helix?

The triple helix model was developed as a model to help understand and manage innovation in the knowledge economy. The model is based on the interactions that arise in a partnership between three parties: university, enterprise and government.

The idea for the triple helix model originated at the beginning of the 1990s. In this period the designers of the model, Loet Leydesdorff and Henry Etzkowitz, met each other several times at different conferences. Whilst both working on the development of an innovation model.

Etzkowitz is developing a model to analyse university – business collaborations. Leydesdorff enriches this model by adding a third party (government). A third party is necessary for continuous disruptive innovation. This third party is therefore an essential part of the triple helix model.

The triple helix model also states that collaborating parties assimilate each other’s qualities. For example, universities working with companies take over qualities from the business world, like having multiple streams of income. Previously universities often depended solely on financial support from governments. Tapping into alternative income streams like income from patents, contributes to the development of an entrepreneurial university.

There are risks. According to the triple helix model taking over the qualities of your partners ultimately results in a balance in the cooperation. When the two entities balance each other out, they no longer challenge each other and thus cause a lock-in. This is where the third party comes in, it forms a disruptive energy that prevents a lock-in through creating a different movement.

Strength of the model

The triple helix model distinguishes itself from other models of its time by evolving through time. The model is not laid out in one first book or text but consists of a corpus of different texts from different writers all contributing to how we use and understand the triple helix model. To this day the model sparks engagement. There is an annual well-attended triple helix conference and new papers that contribute to the model are published even in 2018. This continuous development around the model also lead to various new theories. Such as the evolutionary triple helix and quadruple helix (that takes into account the end user). A more recent development is the quintuple helix (in which the media also plays a role). Ultimately the strength of the triple helix model lies in the fact that they involve and move many different groups to engage with the model.

How is the model used in practice

In my thesis, I also looked at an example of real-world use of the triple helix model at the Chemelot Campus in Geleen. I interviewed several people who were involved in the development of the campus, like the province of Limburg (government), international chemical company DSM (business sector) and Maastricht University.

What stood out during the interviews was that the province of Limburg was very enthusiastic about the triple helix model and how it could be applied to the Chemelot Campus. The Maastricht University was also positive about the model. They saw cooperation as a way to enable valorization of research, with the aim of giving back to society. However, in the interview with DSM, the triple helix was not such a significant topic. According to them, the development of a campus was a mean for the province to retain a large employer (DSM) who was looking to leave the region. The idea of ​​a campus mainly appealed to the smaller entrepreneurs who were involved. Real collaboration between the different companies or with the university was, for DSM, not the aim.

In addition, the choice for Maastricht University as the university in this Triple Helix is remarkable Maastricht University did not previously have a study in chemistry or technology. When we consider that the Eindhoven University of Technology does have these kinds of studies, is located as far away from the Chemelot Campus as Maastricht University and already has a strong relationship with DSM. The question arises why Maastricht is chosen as university in this collaboration over the far more logical choice of Eindhoven. In this case the scale on which the model is used was leading in the selection of the collaborating parties. Instead of looking at pre-existing ties between organisations, subsidies and political boundaries lead to a far more improbable collaboration compared to a triple helix that would have formed freely.

A third remark is that the province of Limburg only wanted to temporarily take part in the campus. The aim of the project was to provide initial support to the development of the campus and pull out once it became self-sufficient. Something completely contrary to the triple helix model. After all, the withdrawal of the third party will ensure that the university and companies on campus will lock-in and lose their innovative lead position.

The triple helix model has been developed as a model for looking at and managing innovation in the knowledge economy. Central to innovation in this economy is collaboration between three parties is: the university, the government and the business community. These three parties who, through their cooperation, take on qualities from each other. A dynamic that contributes to new ways of operating and greater innovativeness. Triple is an essential part of the model, protecting the collaborating parties from getting stuck in a lock-in, reducing the innovativeness of the parties. A third party takes care of breaking these lock-ins.