What are quantum computers anyway? And why is it that I cannot yet order them on the internet? 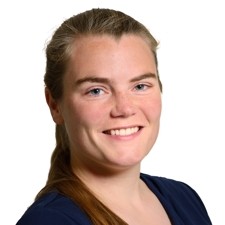 At the end of 2019 there was big quantum news "Google reached Quantum Supremacy". Google had built the first quantum computer that is faster than a "normal" computer. But what are quantum computers anyway? And how come they cannot be order on the internet yet? These questions are answered in this blog post.

Our current computers all work with bits. Bits can be either 1 or 0. The computer uses the bits to make calculations. Computers are nothing more than high-end calculators: they calculate everything they do, from internet traffic to pixels on the screen. Quantum computers, as seen in the photos, work differently.

This difference, between qubits in superposition and bits, is one of the most important differences between normal and quantum computers. Qubit have a number of special features. In a computer it is clearly visible whether a bit has the value 0 or 1. You can't just see that in a quantum computer. To find out the value of a qubit, it must be measured. When a qubit is measured, it assumes a certain value.

Another characteristic of qubits is that they can become "entangels". Two entangled qubits depend on each other. If a qubit assumes a certain value, then the value of the other qubits can be predicted.

With the help of quantum algorithms, quantum computers can solve certain mathematical problems. However, at present there are a limited number of applications for those math problems. In fact, the problems that the algorithms currently solve are not actually problems, but rather threats. Quantum computers can break part of the commonly used cryptography. This means that if perfect quantum computers were to exist, all internet traffic, most blockchains, most passwords and online files storage would no longer be safe. A quantum computer can break the encryption, used in these applications, within a much shorter time than normal computers can, and is therefore a threat. I write more about this and what is being done about it in another blog.

On a normal computer you can store bits and their value for a very long time. Photos, videos and e-mails are stored for years on the computer or in the cloud.

Qubits, on the other hand, have a very short lifespan, which is microseconds. While some quantum calculations require more time than the qubit exists. The entanglement between qubits is also not optimal, which can lead to errors in the value of the qubits. On a normal computer sometimes, something goes wrong and a bit gets the wrong value. However, computers have error-resolving algorithms to resolve this without the user noticing. This is more difficult with quantum computers and due to the short lifespan of the qubits it is not always possible. In addition, a quantum computer does not simply consist of a "normal" computer, but with quantum. A quantum computer is a huge device, if compared to current computers. A quantum computer consists of a chip with qubits, many "normal" computers, measuring equipment and a cooling installation.

Despite the fact that building a quantum computer is not that simple, quite a few researchers are working on it. The Netherlands is not lagging behind, in Delft they have around twenty quantum computers at QuTech: a collaboration between TNO and TU Delft. Large parties such as Google and IBM are also busy building these quantum computers.

As discussed in the introduction to this blog, there was a major breakthrough by Google: "Quantum Supremacy". Whereas quantum computers have theoretically always been faster in certain calculations than normal computers, it was previously not possible to actually build them. Google succeeded in October 2019 with their 54-qubit quantum computer "Sycamore".

In short, a lot has happened in the world of quantum computers. They become faster, better and the applications of the computers become more real. Unfortunately, quantum computers are still large, error-prone and do not work as easily as our normal computers. A lot has to be done before we can buy a ready-made quantum computer on bol.com. But until then it is certainly useful to keep an eye on the quantum world!