A new organisation MyData Global was founded on the 11th of October 2018, which brings MyData movement to a new fase. InnoValor supports this initiative, with Wil Janssen as an interim board member. 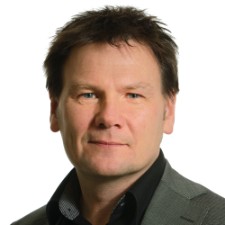 MyData movement aims at enhancing control of personal data. On the 11th of October the organisation which had an informal existence before, is officially recognized as NGO in Finland. Organisations as well as individuals from all over the world can participate. It is essential for participants to support MyData principles. MyData Netherlands node, facilitated by Personal Data Netherlands and InnoValor, is helping in the creation of the organisation, since we believe that this can realise the reinforcement of the responsible adoption of the personal data management.

MyData is originated from the study in 2014 on the concept of 'My Data' and the technical, legal and the business impact of the concept initiated by the Finnish Ministry of Transport and Communication. This research led both to a vision report and to a movement that was shaped at MyData conference in 2016. The vision report “MyData – a Nordic model for human centered personal data management and processing” that appeared in 2016 drew the necessary attention also in the Netherlands. It was not so much revolutionary, but it expressed the thoughts on Personal Data Management (PDM) in a strong way, not with a pointing privacy finger, but focused on empowering the person.

MyData conference was also organised in 2017 and in 2018, with interim meetings at local hubs to further shape the movement. In 2017 was the presentation of MyData Declaration. The starting points and principles have been articulated, which was an important milestone. The Aalto University, the French Fing and Open Knowledge Finland are the driving forces behind the declaration.

In collaboration with the Dutch program Control of Data (Regie op Gegevens), we summarised the highlights from the last MyData conference in Helsinki. In these summary you can also find more about the history of MyData and the content of the conference. You can download the summary (in Dutch) below.

The founding meeting took place on the 11th of October, which led to an elected board at the general assembly in November. To that end, MyData Netherlands also organized a meeting in Amsterdam, where we first looked at developments and plans in the Netherlands. After that we joined live the (long) founding meeting. Wil Janssen of InnoValor has become part of the temporary board that will take care of an elected board of MyData Global.